Seeing the big picture: businesses everywhere are starting to feel the impact of 360 video 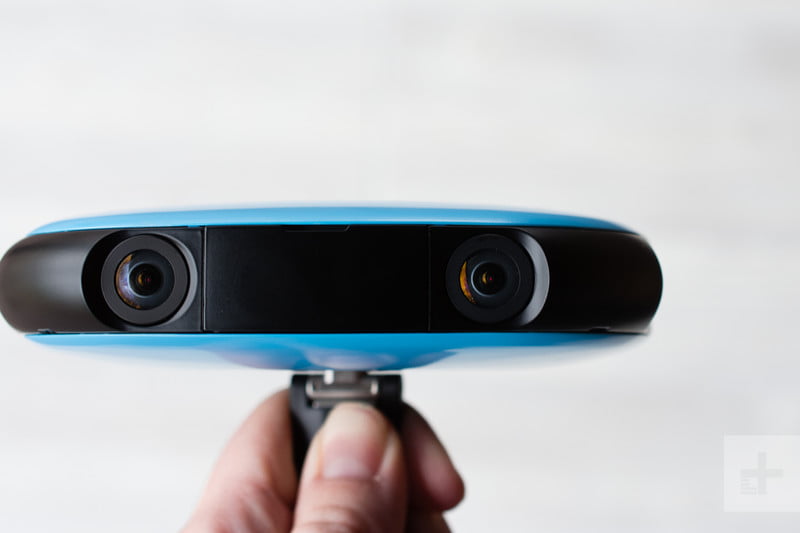 Nowadays, consumers are incredibly picky. When booking a hotel or buying a new phone, we do the research, check out reviews, videos and photos, and often compare prices with similar products. Considering how easy it is to do these things, it’s more important than ever that businesses shine the brightest online light on their products.

One emerging technology offers a unique and exciting way to show off products and services: 360° videos. If you’ve never encountered one before, a 360° video is a type of virtual reality (VR) application that offers you a complete perspective of a scene, from any angle, as if you were actually there.

360° videos give viewers an unprecedented amount of control over their own experience. Right now, in your present surroundings, you can choose to stare at whatever interests you most – you can look at these very words or turn your head around to see who just put ‘Dancing Queen’ on full volume. In contrast, when watching a standard video, you can only stare at what’s presented on the screen. With 360° videos, you get your freedom of attention back – you can shift your focus to whatever it is about the video that interests you most, just as in real life. This feature unlocks new possibilities and innovations that can be custom tailored to different use cases, offering potential value to a broad range of businesses.

What’s more, 360° videos are as easy to make as their flat counterparts – the only equipment needed is a 360° video camera. Using these readily available cameras, a variety of industries are already deriving value from this new technology.

The many businesses that benefit from 360° videos

Consumer response to 360° videos has been impressive, to say the least. For example, Hong Kong Airlines ran a 360° ad that was 35 times more effective than the same ad in 2D. We all know how effective 2D ads can be – but 360° ads take this effectiveness to a new level entirely.

The real estate industry, for instance, is quickly realizing the value of 360° videos as a medium for showcasing properties. Back in the old days, if you were looking to buy a house and wanted to see what it looked like in person, you’d have to do just that – go see it in person. Now, you can take a virtual tour of a house that’s been filmed with a 360° camera and fully experience it, without ever setting foot inside. Once enough realtors and home developers start using this technique (and many of them already are), consumers simply won’t settle for standard video (where others are in control of the story) or static pictures on a website.

The same is true for the travel industry. Just as you can take a virtual tour of a house, so too can you take a virtual tour of a hotel. Many hotels are starting to offer 360° videos to show off their rooms, enabling guests to feel confident that they’re getting the room they want. They can also show off popular travel destinations, like this 360° tour of Hamilton Island by Qantas, enticing tourists to visit them in person and experience the real deal. Travel and tour companies can use this to their advantage, creating 360° teasers to draw in more customers.

In a similar fashion, 360° videos offer an entirely new way to experience big events. Imagine watching a football match or sold-out concert just as if you were in the stadium, but without ever leaving your house. With 360° videos, events are no longer limited by building capacity – anyone, anywhere, can enjoy a front-row seat of the action. Of course, this isn’t limited to huge arenas – weddings, birthdays, and any other planned event can benefit from 360° videos, which means event organizers are going to benefit as well.

The list of benefits of 360° videos goes on and on. Businesses can use 360° videos for their own internal meetings and conference calls – a 360° camera can give call-ins a virtual seat at the table. They also present unique opportunities in education – for example, imagine a medical student being able to watch a full surgical procedure in 360°, or a culinary student virtually standing next to a chef as she prepares a meal. Childcare facilities can use 360° cameras to help ensure safety and let parents keep a watchful eye on their children. Truly, the possibilities are endless.

360° videos represent a change that everyone – businesses and consumers alike – will benefit from. Savvy consumers will check out your business online before they buy anything, and 360° videos can definitely help you get a step up on the competition.

A Different Perspective: How to Master Aerial Photography

How To Get Passport Photos During Lockdown

A Different Perspective: How to Master Aerial Photography

Using Technology to Keep Up with Family