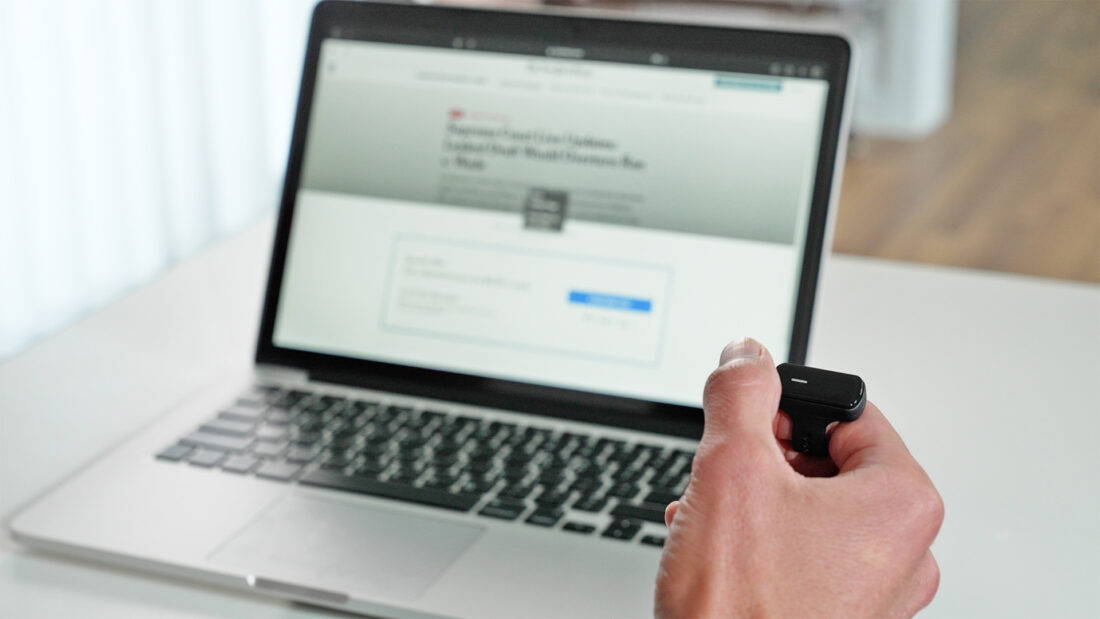 VANZY, the wearable mouse that lets you take control over your devices with just a single move from your finger, has launched on Kickstarter, where it’s found big success after just one week of its campaign.

One of VANZY’s key innovations is its bar type cradle, which is much more eye-catching than the joystick cradles we often see on the market. The product also features a brand new design with much more user-friendly features, plus a much better grip.

But that’s not all that’s special about VANZY. The bar cradle lets you use VANZY as a clicker while its charging, And you can also get a lot of use out of VANZY for work presentations, lectures, and meetings. You can even pair VANZY with multiple devices at the same time, letting you easily control all of your devices, even if you’re a distance away.

VANZY’s water resistance means that it still works fine when wet. This gives VANZY extra usability when you’re cooking, and even lets you watch and interact with YouTube and streaming-service videos while you’re in the shower.

You can even use VANZY’s air mouse for gaming. The device even lets you swap between air mouse and gesture mouse modes with no extra hassle. Once you’ve switched modes, just check the app icon to double-check which mouse mode you’re using.

VANZY has truly limitless potential. Its machine learning engine records and learns from your gestures, giving it increased gesture recognition precision the more you use it. Our gestures vary from person to person, just like the words and languages we use. That’s what VANZY’s machine learning is for. VANZY’s artificial intelligence lets it learn from your gestures over time, getting smarter as it learns from your movements. There’s also a next-generation 9DoF sensor, which gives the product even better 3D spatial recognition. DoF stands for “Degree of Freedom,” and because VANZY has more degrees of freedom, it’s even better at tracking motions over multiple dimensional fields. VANZY’s cutting-edge technology tracks data over 9 different directions of movement, and allows for much quicker and much more precise gesture recognition.

All of VANZY’s key technologies – including the 3D spatial sensor box, machine learning, and other combined technology modules – give you mouse control over your TV, smartphone, VR, AR, and other technologies of all kinds. We expect to see even broader applications for VANZY as more innovative technologies are created.

VANZY is available now on Kickstarter, where it can be purchased at a discounted price.

Upcycle Your Old Tablets and Smartphones with “T-GRAM”

The Last Music System You’ll Need: 5 Considerations to Make When Buying a Turntable

Role of TDEE in Living a Healthy Life