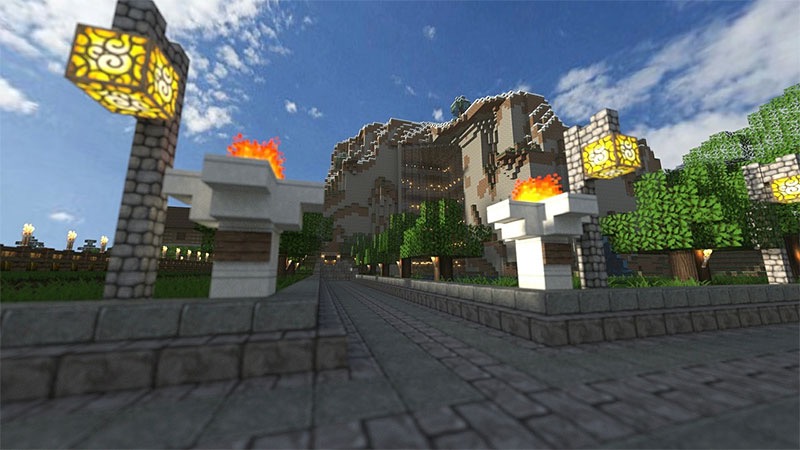 Parents increasingly worry about the amount of “screen time” that their kids have, and rightfully so as today’s youth appear to be more and more dependent on phones, computers, and especially video games. Yet, not all video games are the same.

Take Minecraft, for example. Considered one of the best-selling video games of all time, this fascinating game offers children the opportunity to choose among several different modes of play, giving them the ability to be creative in an engaging learning environment. Here are just ten reasons why you can feel comfortable encouraging your kids to play Minecraft.

1. You can play Minecraft with your child. There’s a good chance that you have no desire to play some other popular video games with your children, but Minecraft is different. This straightforward and creative game has so much depth that you will both find hours of entertainment working together towards your goals.

2. Minecraft encourages teamwork. While your child doesn’t have to play the game with others, it encourages children to work together to get the most out of the game. By joining forces, players learn that they have a better chance at survival and will able to more quickly build cities and structures through the pooling of resources.

3. Minecraft has been adopted by some schools. Minecraft is being used in the classroom through a program called Minecraft Edu. The program uses the architectural game cover subjects ranging from history to math and coding to art and architecture.

4. Minecraft fosters computer literacy. Players of the game have the ability to alter the source files that run the game itself. This isn’t necessary for gameplay, but it’s one more fascinating aspect of Minecraft that gets children interested in software, how it’s coded, and how changes affect the game’s operation.

5. Minecraft is a safe game for children to play. There are no drugs, guns, blood, bad language, or sex in the game. Any violence in the adventure mode is minimal and mostly for survival rather than actual fighting. If you wish, you can avoid this mode altogether. Also, if you don’t want children to play the game with strangers, you can turn off multiplayer mode as well.

6. Minecraft is affordable. Some video games today are incredibly expensive. You can get the computer version of Minecraft for around $30, and the future updates of the game are free.

7. Minecraft encourages creativity. One of the greatest benefits of playing Minecraft is that it encourages children to be curious and creative. Within the game, children get to design, build, and strategize in unlimited ways, which is unprecedented in this type of game.

8. Your child can learn another language.  Believe it or not, you can use Minecraft to expose your children to a foreign language. Want to teach your children German, Spanish, French, or Japanese? Just set the game’s language setting to whichever language you choose.

9. Minecraft is challenging. Whether your child is in grade school, middle school, or even high school, there will be will challenges within the game to keep them engaged. This is an immersive game that makes children think and use complex thought processes.

10. Minecraft gives children choices. Another interesting thing about Minecraft is that children have choices in how they want to engage with the game. They can play in Survival mode and battle monsters, in Adventure mode where they play custom maps, or in Create mode where they build cities.

Minecraft is more than just a game for those who decide to play. It becomes a learning and immersive experience, and it’s one that many parents are beginning to embrace as they realize its benefits for their children.

How to Boost Your Company’s Online Presence

Name that domain: Quick tips for choosing the best domain for your business

How live streaming has helped the gaming industry